Sharks have been in existence on earth for millions of years, even before dinosaurs. Possibly the most significant extinct ancestor of modern-day shark was the megalodon. It was about 20 meters long and weighed up to 48 tons. 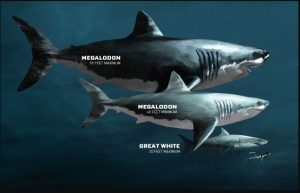 Out of the over 500 species of sharks, only 3 are responsible for a majority of the reported human attacks. These three are the bull shark, great white shark, and the tiger shark. But such attacks are also quite occasional. In fact, for each human a shark kills, there are two million sharks killed by humans worldwide. This has led to a massive reduction in the world’s population of sharks putting them on the brink of extinction. More so, there is 75% probability of humans to be killed more by lightening than sharks.

Sharks never stop growing teeth. They get up to 30,000 teeth during their lifetime. Shark teeth grow from the back and move forward when required, thus for every tooth that is broken in front, there is a row behind to replace it at all times.

There are a few species of sharks that possess the ability to move into freshwater and not stay restricted to saltwater systems only. In places like South Africa, the Bahamas, and Australia, bull sharks move up and down rivers. This movement consumes a lot of their energy but also gives them a new batch of prey too. Meanwhile, around the coral reefs in Australia and New Guinea lives the epaulette shark. This shark has the capacity to climb out of water in low tide and ‘walk’ between pools to hunt for prey that has been stranded.

Talking about size, this great predator can grow up to an astounding 6.1 in length and weigh more than 2000 kg. The females typically grow larger than the males.

Sharks have great eyesight. They see in color and have the ability to see clearly whether it’s day or night. Sharks, although, do not have eyelids so they have to roll their eyes to the back of their heads to protect them.

While humans have only five senses, the great white shark possesses six. This sixth sense is used to detect a natural stimulus and notify the sharks of the objects around them. Sharks are able to find prey easily because this special sense allows them to detect signals of the electric field transmitted by all animals.

In addition, the great white sharks have the most potent sense of smell of all sharks and can perceive the littlest drop of blood in a million parts water. They are also quite specific about what they will or will not eat than other sharks. This is due to the taste buds located in their throat and mouth.