There is a wide variety of shark species located in oceans worldwide. They come in diverse sizes, some quite small while others really large. Some are very calm and do not bother anyone while some are to be scared of. Funny enough, some of the largest species of sharks are also the nicest to encounter.

The list below will provide you with some information on the species of sharks. Some of the most famous type of sharks include;

Commonly mistaken for large stingrays, these kinds of sharks are quite strange. They are also often mistaken for other types of sea animals. One simple way of differentiating between a stingray and an angel shark is by looking at its fins. The angel shark does not have fins on its head. 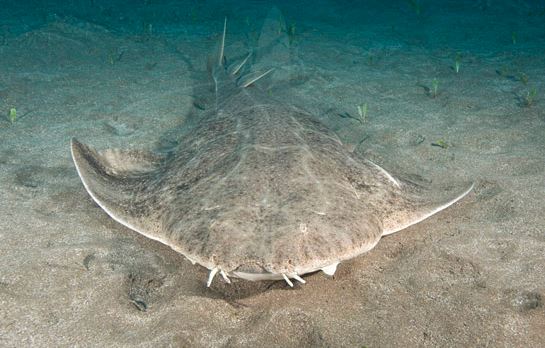 This is another unusual type of shark. The Hammerhead shark has a long head that actually looks similar to the end of a hammer at both sides. They hunt for prey quite aggressively and possess an enhanced sense of smell.

These types of shark are highly adaptive to their environment, even in captivity. Reef sharks are regarded as loners and they hardly network with other sharks except for breeding.

They possess very conspicuous features and can grow to about six feet in length. Although reef sharks are gray on top with the tips of their fins black in color, they are all white or have streaks of white underneath.

Blue sharks are not usually small. With a growth of up to 12 ft. in length, it is hard for any prey to escape from this shark because of its speed and strength.